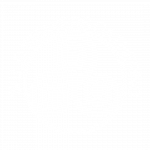 Throughout ancient times, we have sat in women’s circles sharing stories, passing down the traditions and wisdom through folktales, songs, and dancing, and creating sacred crafts. Afterward, these powerful creations were used in ceremonies, rites of passage, rituals, and trade. We experience a remembering, a rebirth, a re-weaving of this deep, soul-nourishing, ancient practice when we return to this space today. In so doing, it triggers a memory deep in our bones that nurture a part of us we didn’t know we needed. Our sisterhood wounds are healed in women’s circles as we practice non-judgment and presence. Words spoken amongst us offer opportunities for self-reflection.

My life’s passion has always been books, ancient myths and mysteries, crystals, candles, and pilgrimages to sacred sites. The more I explore, the more I discover about myself as a descendant of one of the oldest Scottish clans with Celtic heritage.

I have learned that my grandmothers danced between the worlds and possessed a thorough knowledge of herbalism, talismans, stone medicine, and doll making. Life was infused with ritual and ceremony, and faery lore. Which revealed so much to me about why I was drawn to the path I have chosen.

In 2021 I was called to my motherland, Scotland. A two-week road trip. All the places I visited made me feel the emotional pull of the land. A felt a deep connection to my Celtic ancestors. From this pilgrimage, I was called to create and connect with ancient crafts, rituals and ways.

Inspired by my Celtic lineage the W.I.L.D WEAVER women’s circles was birthed into being. W.I.L.D symbolises the the framework that underpin all my offerings. Those who practice ritual magic and create their own spells are known as Weavers. It’s often said that their spells are channeled through complex weavings. It is they who weave the invisible red thread that connects us all.

Wild Weaver women’s circles bring together those who identify as women of all ages and cultures in Sacred Circle.

These sisterhood meetings give you a safe space to connect, share, and empower. To reawaken your connection to intuition, imagination, and the ability to flow with the rhythms of life.

It is about remembering and reclaiming your deep cyclical wisdom, healing your sisterhood wounds, liberating your ancestral stories, and embracing your feminine wisdom.

It’s time to awaken and reconnect to your native roots and to the spirit of the Celtic lore, the ancient ways, and the traditions of your lineage.

We gather in circle every month, with themes that have organically emerged attuned to the archetypal energies of the Celtic Goddesses, Celtic Mythology, Grandmother Moon and the Celtic Wheel of the year. As well as the elements of Water (Uisce), Air (Aer), Fire (Tine), Earth (Talamh), and Ether (Éitear).

Together, we weave our collective wisdom through our stories, our ancestors, and our experiences. Bringing them together through self-inquiry, feminine movement practices and meditations, sound activation, rituals and ceremonies, and creative expression beautifully threaded with collective intimate heart sharing.

This sacred container is designed to help you reconnect with who you really are by inviting you back into your heart space. Finding your way home, back to you, by realigning with your true north. A space, you can let go, grow, and heal. Be seen and heard.  Where you celebrate each other’s uniqueness and beauty.  A space where tears and laughter are met with love, acceptance and understanding.

Chakras play a role in the flow of energy in your body. The throat chakra facilitates communication, creativity, and self-expression. If this chakra is out of balance you may experience "blocks" in these areas. The practice of breath work, chanting, and singing releases stuck energy, which in turn allows you to express yourself freely.

An embodied movement practice that is designed to drop you out of your head and into the deep sensations and desires of the body. A moving meditation that encourages you to move for one's own pleasure, turning your awareness into the body and listening deeply to the wisdom of the body, and unblocking stuck energy.

We explore techniques to bring more awareness to patterns, conditioning, and unconscious behaviours, to release what no longer serves, and enhance feminine expression. You learn to trust your body, your emotions, your feelings, and your intuition, and surrendering to the wild medicine woman within

Each circle is led with intention and is woven throughout the event. You are invited to be a witness and participate in ancient rituals, rites of passage and ceremonies that activate, honour and cement in the monthly theme of every women's circle.

Let your imagination and creativity flow as you discover the ways of the ancient weaver. As we sit in circle crafting things such as altar cloths, medicine rattles, smudge sticks, medicine pouches, clay deities, anointing oils, woven art, and more.

Held within the sacred safe cauldron we open up to our vulnerability, being witnessed and supported with kindness as we share our truth. Building deep intimacy and connection, bringing about transformation and empowerment.

These Circles are open to all who identify as women

DISCOVER THE NEXT CIRCLE DATE

Holding sacred space for magic to unfold is an honour. I have been repeatedly and profoundly moved by the courage and vulnerability that women reveal when they feel deeply seen and heard by their sisters during my time leading women’s circles, workshops and retreats. Whenever a story is shared, it resonates within each of us.

This sacred container is designed to help you reconnect with who you really are by inviting you back into your heart space. Finding your way home, back to you, by realigning with your true north. A space, you can let go, grow, and heal. Be seen and heard.  Where you celebrate each other’s uniqueness and beauty.  A space where tears and laughter are met with love, acceptance and understanding.

Connect To Your Inner Power 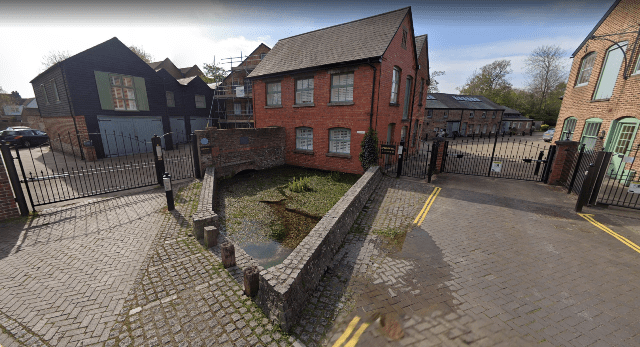 The History Of Havant

When searching for a suitable venue to hold sacred space for the Wild Weavers women’s circles. I was guided to focus my attention on Havant. Although not a native to the local area, I knew that Havant holds a mystery of magic and has deep roots connected to the divine feminine

Hamafunta, which means Hama’s spring, was recorded for the current town of Havant in AD935. It most likely refers to Homewell spring, which sits south-west of St Faith’s churchyard.  There are many springs in and around the local area. it was believed in days gone by that springs and holy wells would  possess curative properties.

The element of water is a reflection of the divine feminine, and by connecting deeper with her, with water, we connect ourselves deeper to our yin energy, to our feminine energy.

Nearby along the shoreline at Langstone harbour are the remains of the Oyster beds. Now a nature reserve. Oyster farming was once a thriving local industry.

Oysters have a rock-like exterior and a soft interior-mirroring the Sacred Masculine and Feminine. They represent fertility, abundance, new beginnings, and opportunity in Celtic culture.  In addition to being associated with the element of water, they are also associated with the moon. Living with the changing tides and currents, oysters can teach us how to keep our own lives in balance.

Havant is situated on the roman road from clousentum to regnum, (Chichester to Southampton). So it was no surprise that the romans built their villas in the area. Some of which are now lost in time, like the one under South Downs College.

A Roman well with coins and a bronze ring with a carving of Neptune, the Roman god of rivers, springs, and waters, was discovered buried under a garden in Havant.
The discovery of eight dog skeletons at the bottom of the well was perhaps the most intriguing. It is believed that the dogs, which were worshipped in ancient religions, may have been sacrificed to the gods in the sacred well.

Within every woman there is a wild & natural creature, a powerful force, filled with good instincts, passionate creativity, & ageless knowing